Some doctors, medical associations and members of Congress are complaining that the rule released by the Biden administration this fall for implementing the law to stop surprise medical bills actually favors insurers and doesn’t follow the spirit of the legislation. 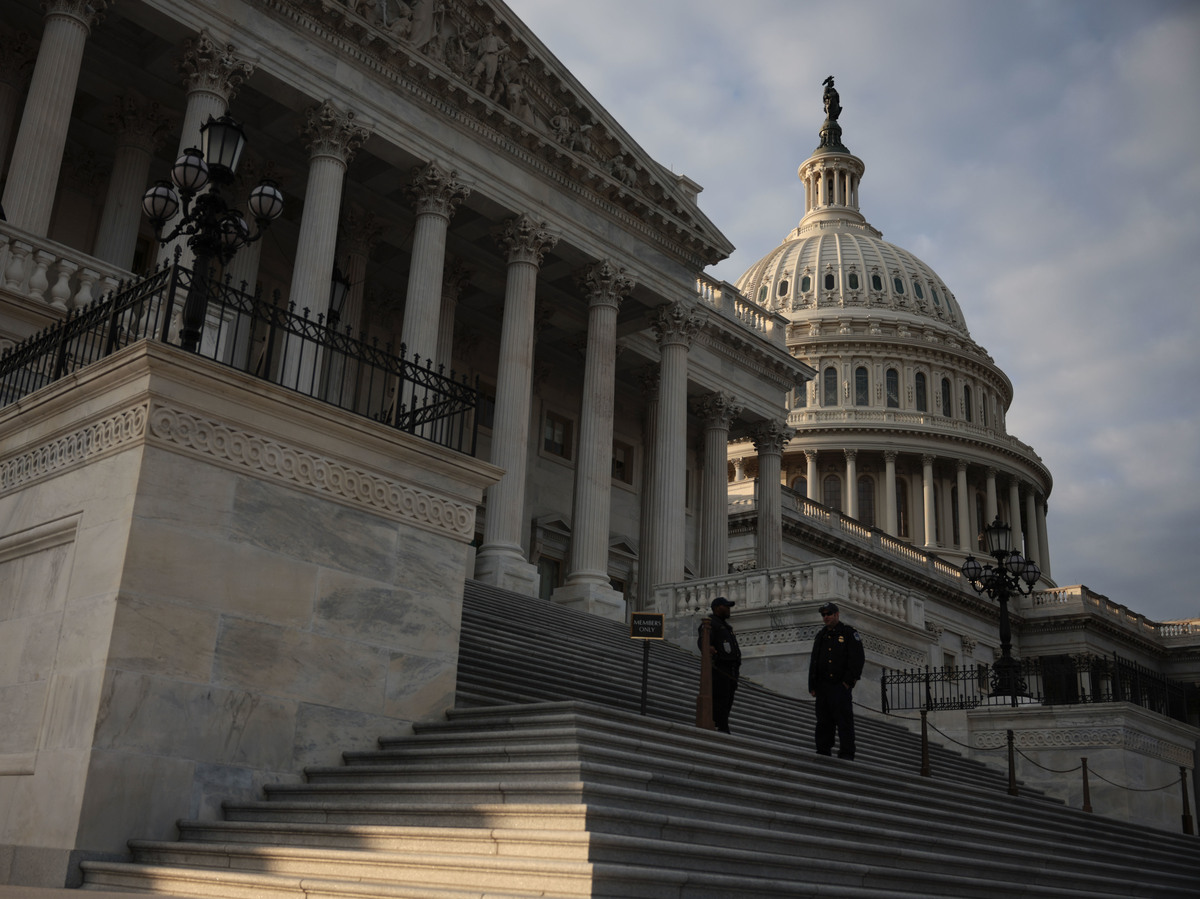 Some doctors, medical associations and members of Congress are complaining that the rule released by the Biden administration this fall for implementing the law to stop surprise medical bills actually favors insurers and doesn’t follow the spirit of the legislation.

The detente that allowed Congress to pass a law to curb surprise medical bills has disintegrated. A bipartisan group of 152 lawmakers have been assailing the Biden administration’s plan to regulate the law and medical providers, warning of grim consequences for underserved patients.

For years, patients have faced these massive, unexpected bills when they get treatment from hospitals or doctors outside their insurance company’s network. It often happens when patients seek care at an in-network hospital, but a physician such as an emergency room doctor or anesthesiologist who treats the patient is not covered by the insurance plan. The insurer would pay only a small part of the bill, and the unsuspecting patient would be responsible for the balance.

Congress passed the No Surprises Act last December to shield patients from that experience after long, hard-fought negotiations with providers and insurers finally yielded an agreement that lawmakers from both parties thought was fair: a 30-day negotiation period between health providers and insurers when disputes over bills arise, followed by arbitration if agreements can’t be reached.

The rule, which would take effect in January 2022, effectively leaves patients out of the fight. Providers and insurers have to work it out among themselves, following the new policy.

In releasing the rule, the Centers for Medicare Medicaid Services pointed to an analysis of the Congressional Budget Office that the No Surprises Act would lower health insurance premiums by about 1% and shave $17 billion off the federal deficit.

Lower premiums are an especially important goal for the administration and some of its allies, like patient advocacy groups and labor unions.

A letter of complaint signed by 152 lawmakers

But now, many doctors, their medical associations and members of Congress are crying foul, arguing the rule released by the Biden administration in September for implementing the law favors insurers and doesn’t follow the spirit of the legislation.

“The Administration’s recently proposed regulation to begin implementing the law does not uphold Congressional intent and could incentivize insurance companies to set artificially low payment rates, which would narrow provider networks and potentially force small practices to close, thus limiting patients’ access to care,” Rep. Larry Bucshon, R-Ind., who is a doctor and helped spearhead a letter of complaint this month, told us in a written statement.

Nearly half of the 152 lawmakers who signed that letter were Democrats, and many of the physicians serving in the House signed.

Some members of Congress who are also doctors held a conference call with the administration late last month to complain, according to aides to lawmakers on Capitol Hill, who could not speak on the record because they did not have authorization to do so. “The doctors in Congress are furious about this,” says one staff member familiar with the call. “They very clearly wrote the law the way that they did after a year, or two years, of debate over which way to go.”

However, the backlash has not won the support of some powerful Democrats, including Rep. Frank Pallone, N.J., chair of the Energy and Commerce Committee, and Sen. Patty Murray, Wash., chair of the Senate Health, Education, Labor and Pensions Committee, who wrote to the administration urging officials to move forward with their plan.

The controversy pertains to a section of the proposed final regulations focusing on arbitration.

The lawmakers’ letter — organized by Reps. Thomas Suozzi, D-N.Y., Brad Wenstrup, R-Ohio, Raul Ruiz, D-Calif., and Bucshon — noted that the law specifically forbids arbitrators from favoring a specific benchmark to determine what providers should be paid. Expressly excluded are the rates paid to Medicare and Medicaid, which tend to be lower than insurance company rates, and the average rates that doctor’s bill, which tend to be much higher.

Arbitrators would be instructed to consider the median in-network rates for services as one of several factors in determining a fair payment. They would also have to consider items such as a physician’s training and quality of outcomes, local market share of the parties involved where one side may have outsize leverage, the patient’s understanding and complexity of the services, and past history.

But the proposed rule doesn’t instruct arbiters to weigh those factors equally. It requires them to start with what’s known as the qualifying payment amount, which is defined as the median rate that the insurer pays in-network providers for similar services in the area.

If a physician thinks they deserve a better rate, they are then allowed to point to the other factors allowed under the law — which the medical practitioners in Congress believe is contrary to the bill they wrote.

The provisions in the new rule “do not reflect the way the law was written, do not reflect a policy that could have passed Congress, and do not create a balanced process to settle payment disputes,” the lawmakers told administration officials in the letter.

The consequences, opponents of the rule argue, would be a process that favors insurers over doctors and pushes prices too low. They also argue that it would harm networks, particularly in rural and underserved areas, because it gives insurers incentive to push down the rates they pay to in-network providers. If the in-network rates are lower, then the default rate in arbitration is also lower.

That is the argument made specifically in a lawsuit filed last month against the Biden administration by the Texas Medical Association.

California already has something similar to the Biden rule in effect

The suit alleges that in a handful of states, such as California, that already have a strategy similar to the rules the Biden team has written, a recent study shows payment rates are driven down. Citing that data and a survey by the California Medical Association, the suit says insurers now have an incentive to end contracts with better-paid in-network providers or force them to accept lower rates, since out-of-network providers then become subject to the same lower baseline.

Jack Hoadley, of Georgetown University’s Health Policy Institute, says the results could run either way depending on whether insurers or providers are more powerful in a specific market.

“You’ve got some markets where you have a dominant insurer, and they can say to providers: ‘Take it or leave it. Because we represent most of the insurance business, we represent most patients,’ ” Hoadley says.

But in other places, there might be a provider group that is stronger. “All the anesthesiologists might be in one large practice in a market, and they can basically say to the insurers in that market, ‘Take it or leave it,’ ” he says.

Whether networks of providers will be diminished remains an open question, Hoadley says. Surveys cited in the Texas lawsuit also show that the use of in-network services rose in some of the states with benchmarks similar to the national law, though it’s unknown whether more doctors joined networks or more people shifted to in-network providers.

It’s also unclear whether the administration will consider the lawmakers’ concerns and change the regulations. Some Hill staffers involved in the pushback think the process is probably too far along to be changed and would have to be resolved in the courts. Others see a chance for a last-minute shift.

One House staffer notes that more than 70 Democrats complaining to a Democratic White House could have an impact.

“Combined with the whole craziness of the surprise-billing battle over the past few years and the legal threat, I think there’s plenty of ballgame left,” the staffer says.

Kaiser Health News is a national newsroom and editorially independent program of the Kaiser Family Foundation. KHN is not affiliated with Kaiser Permanente.